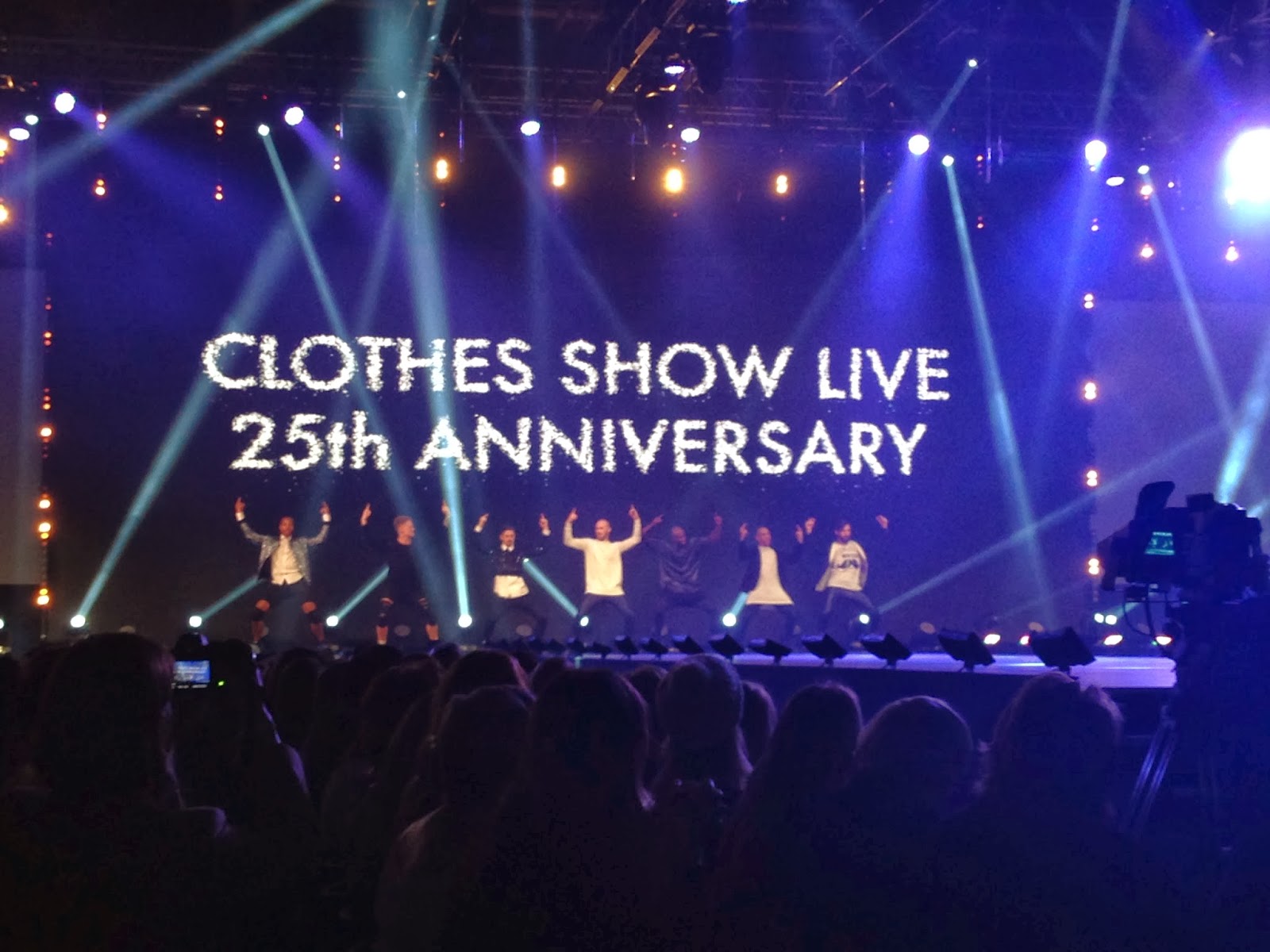 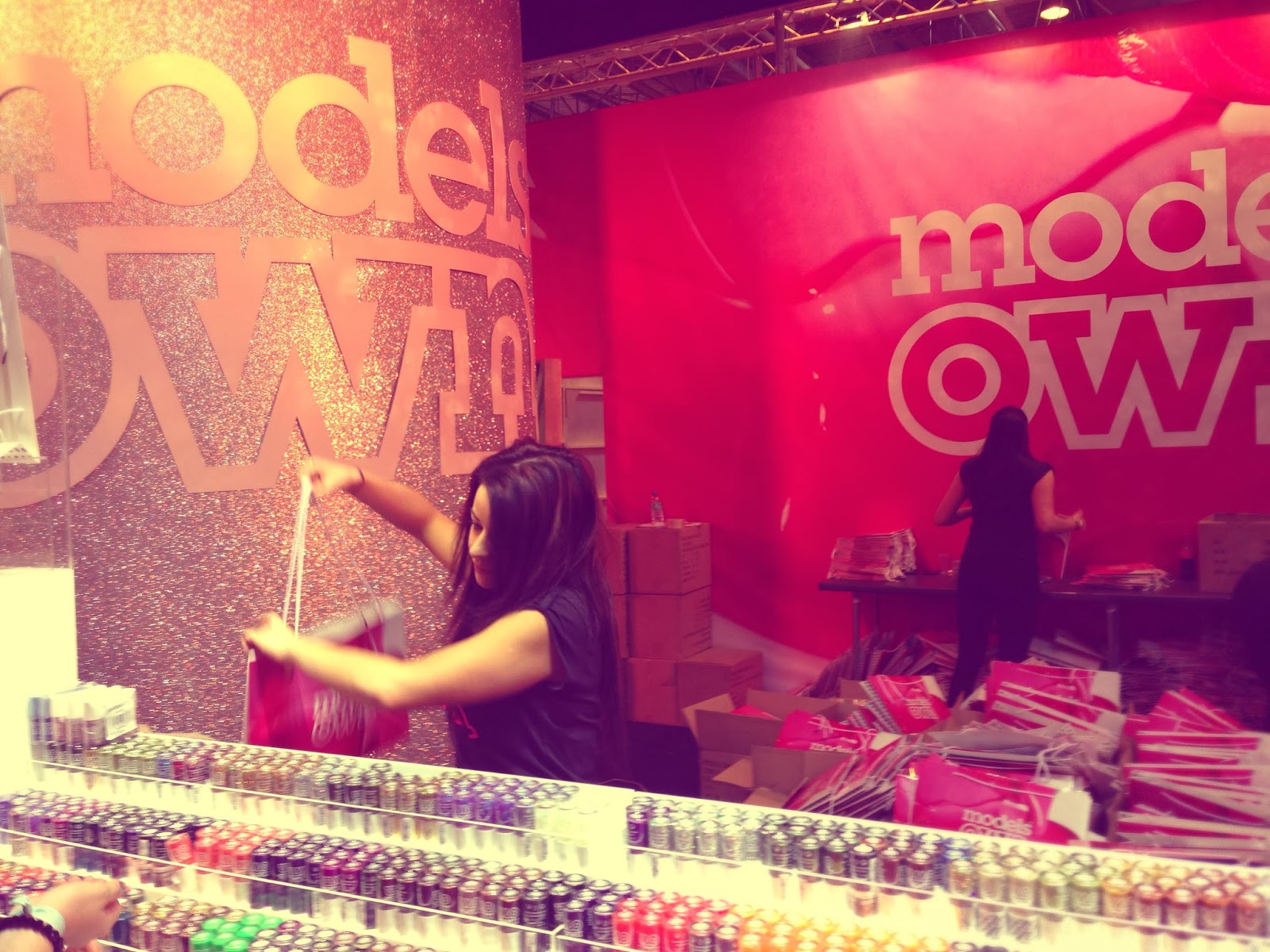 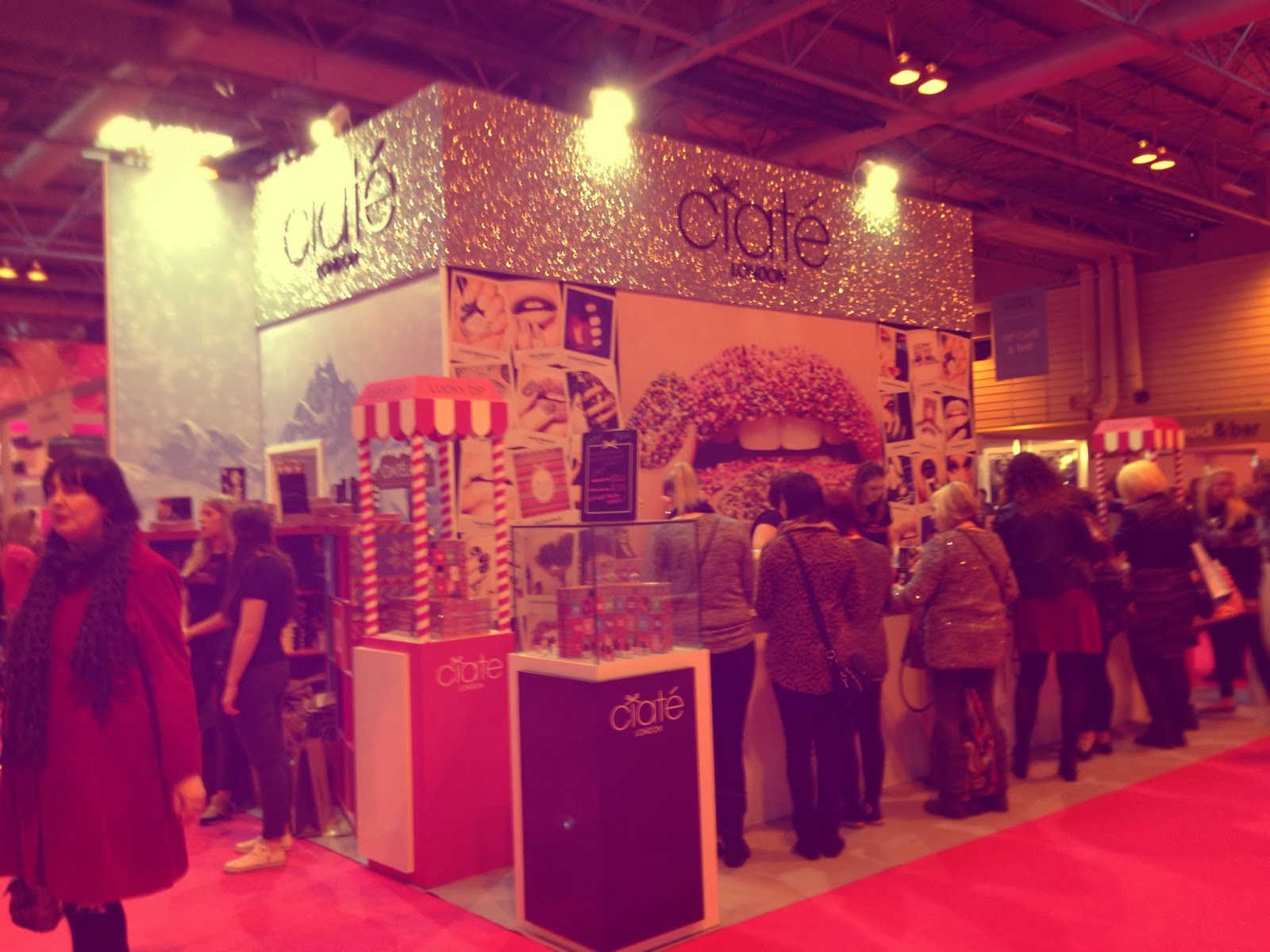 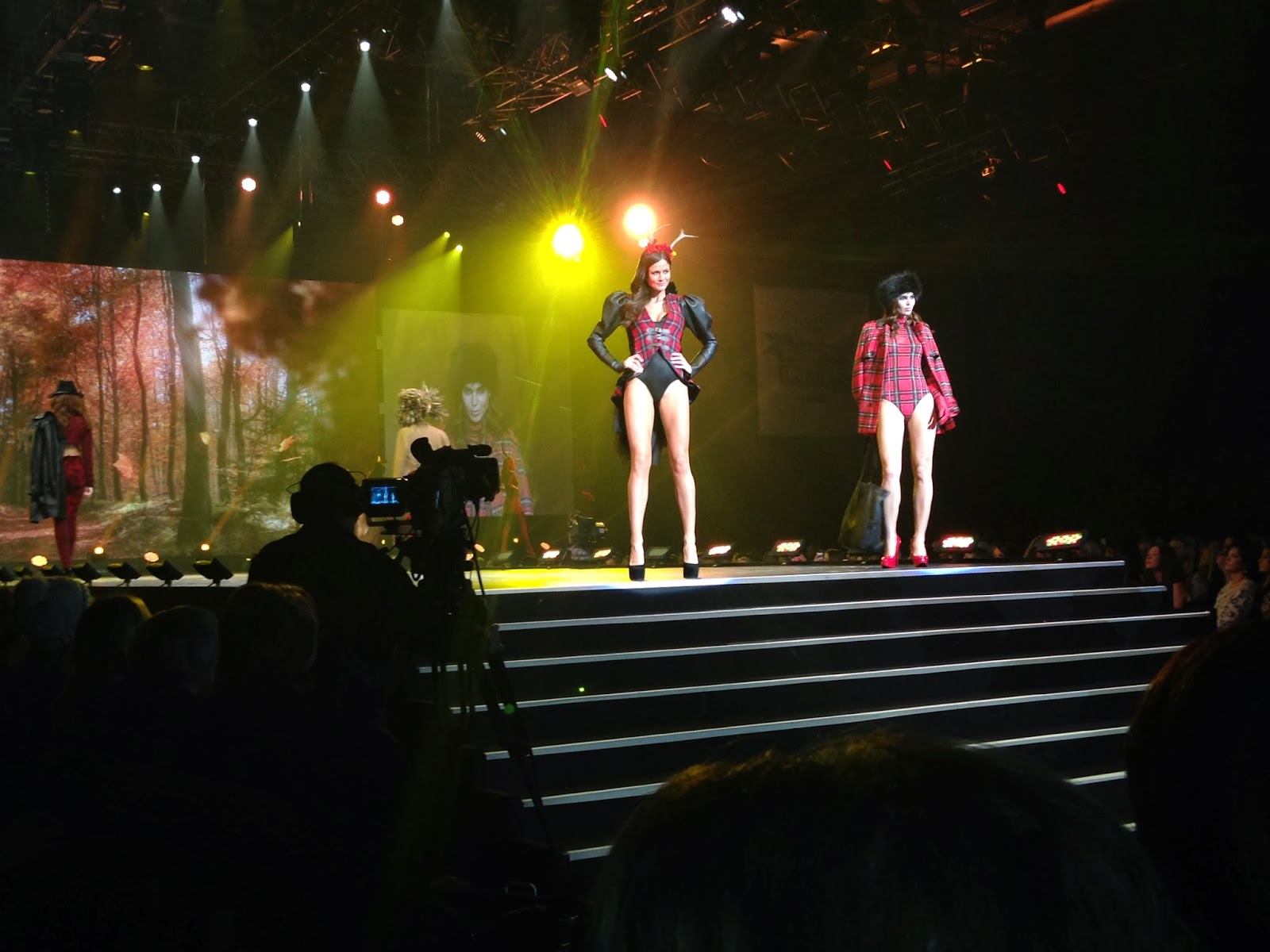 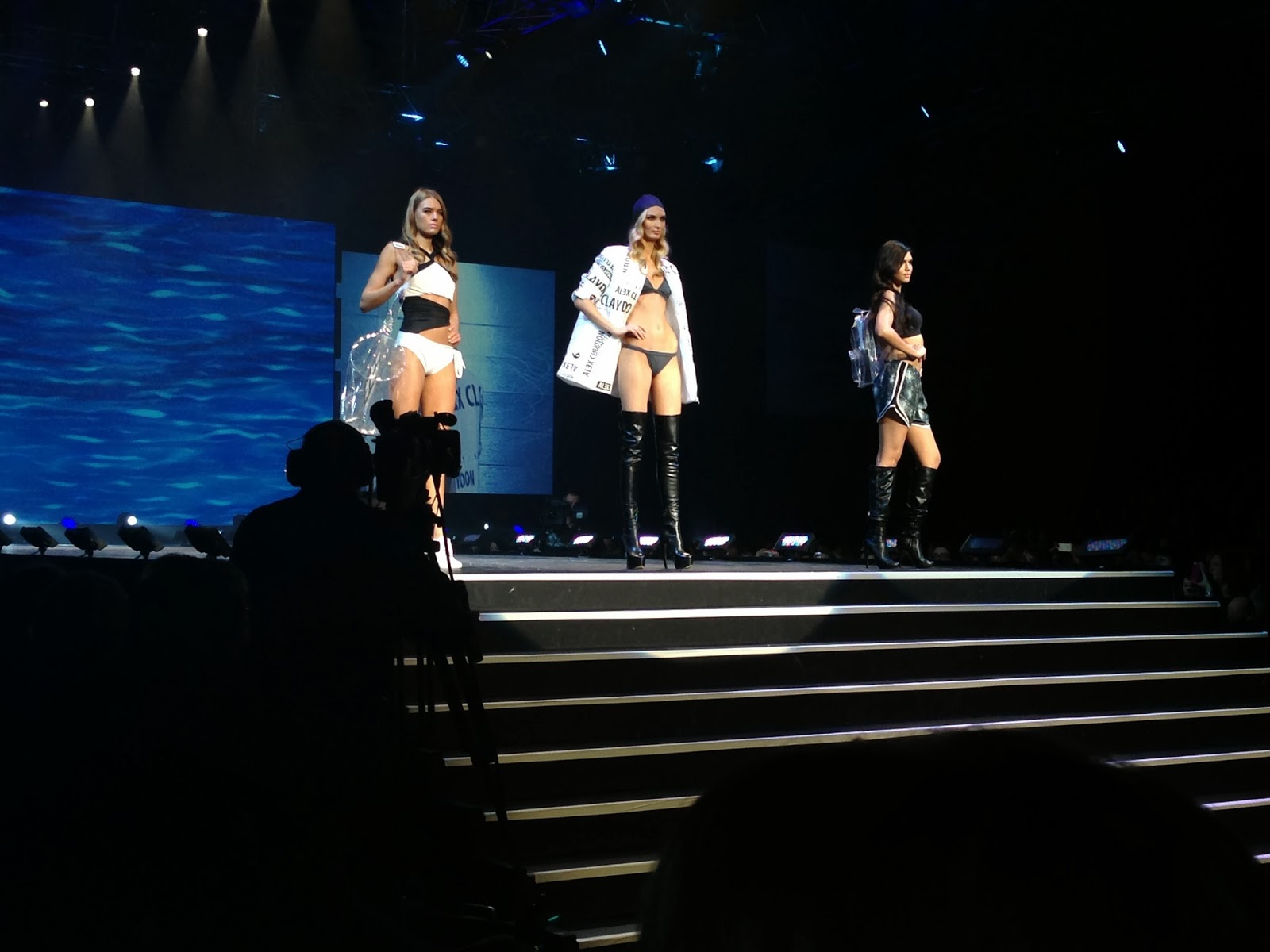 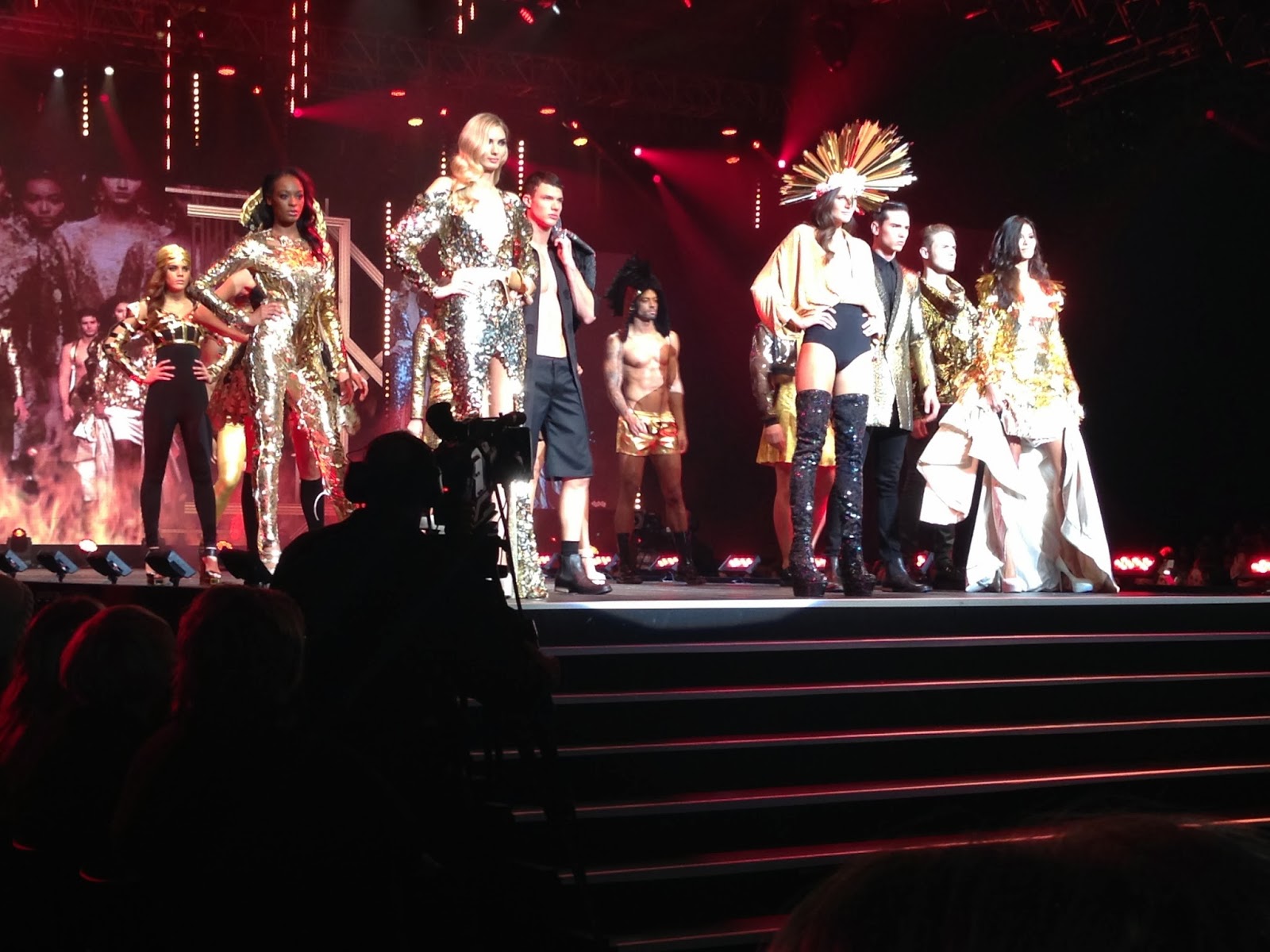 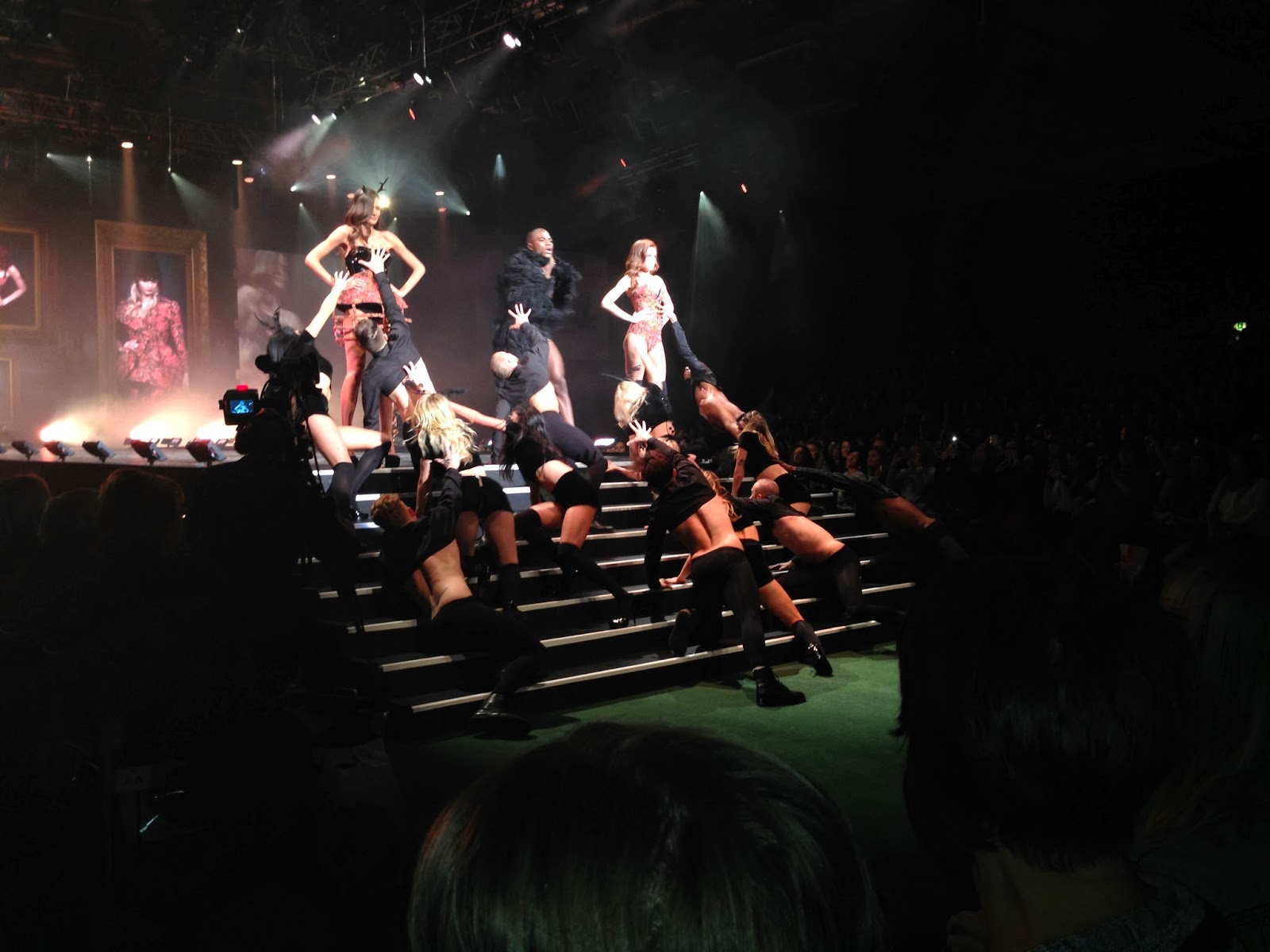 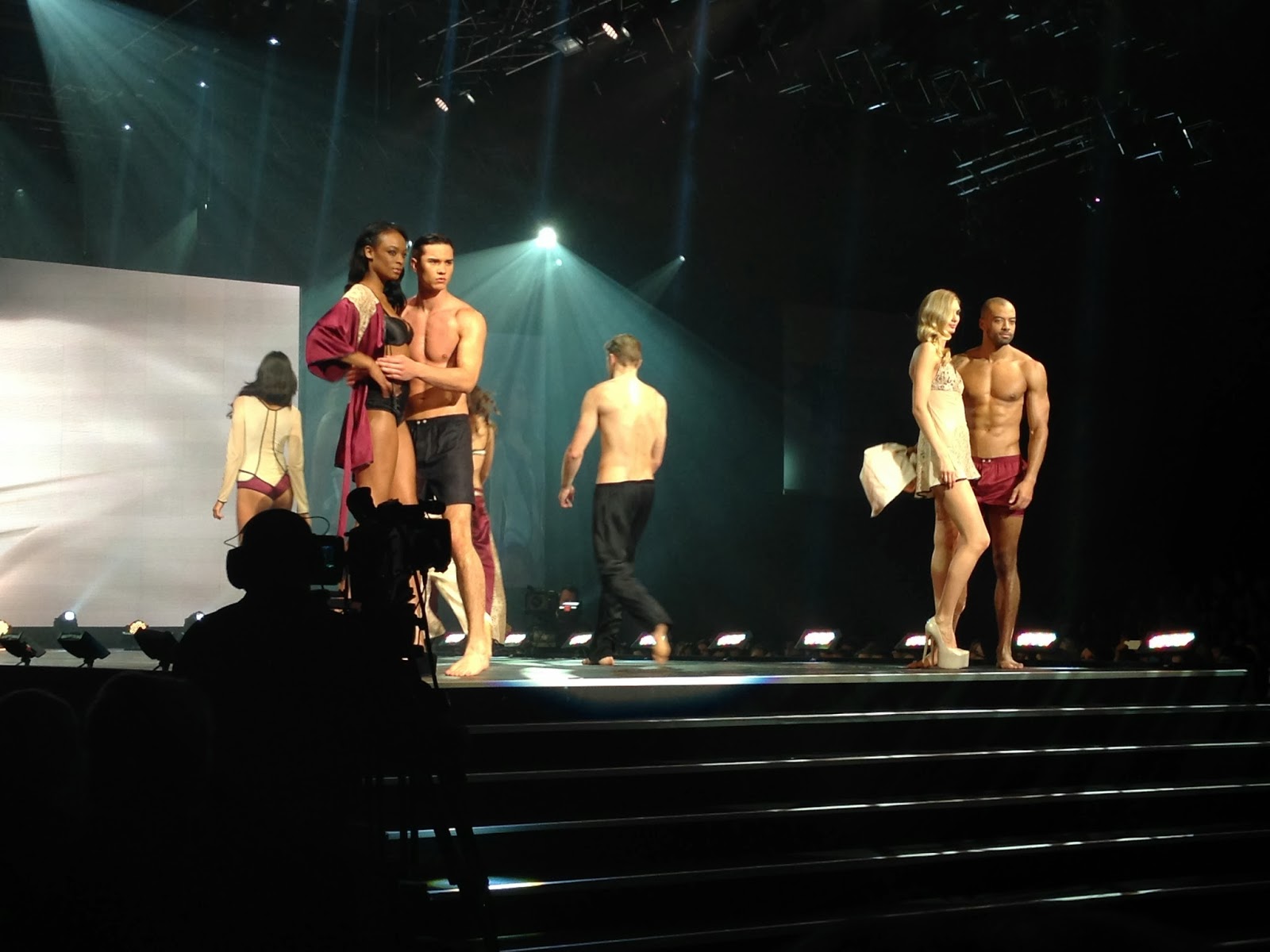 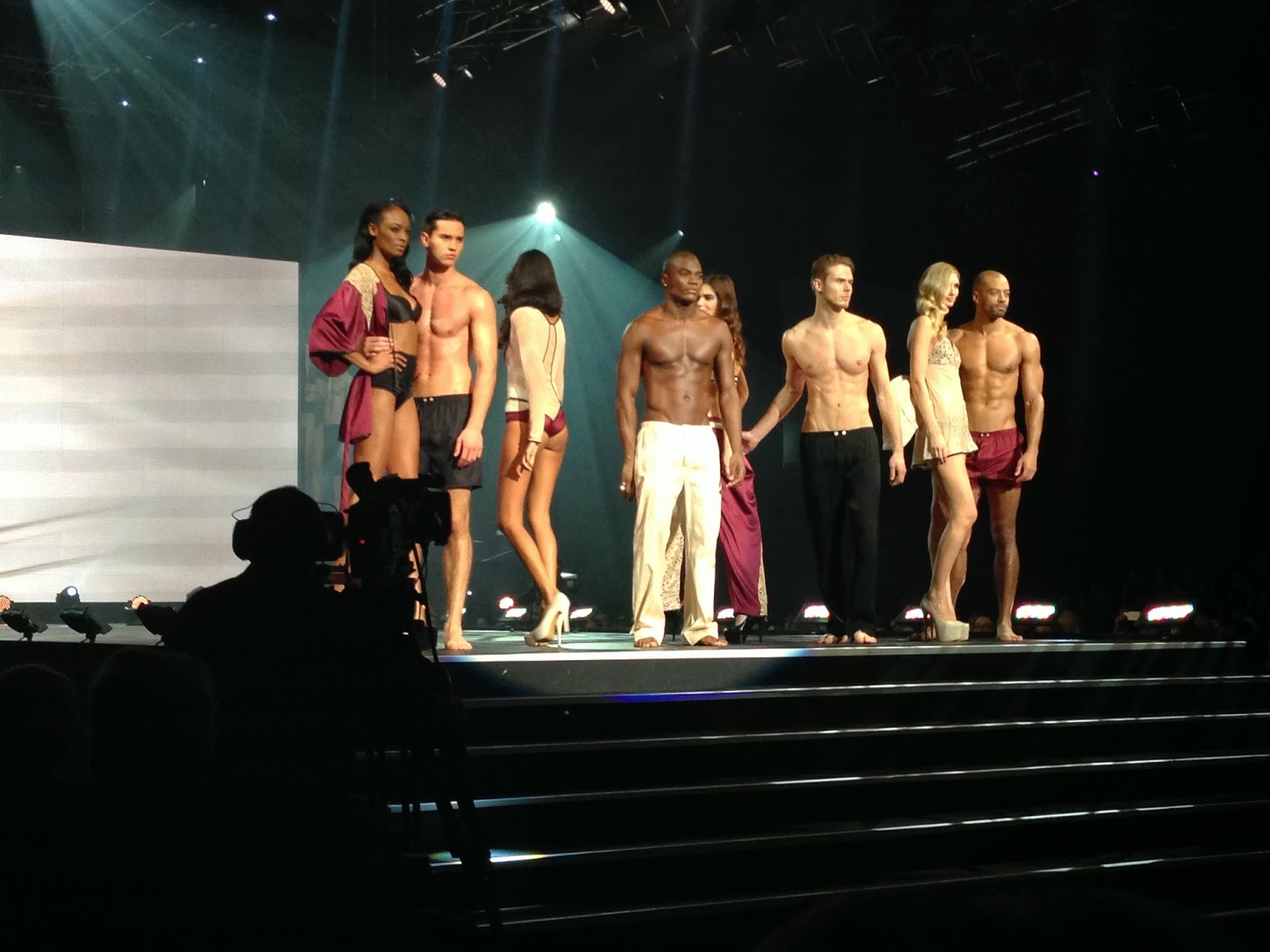 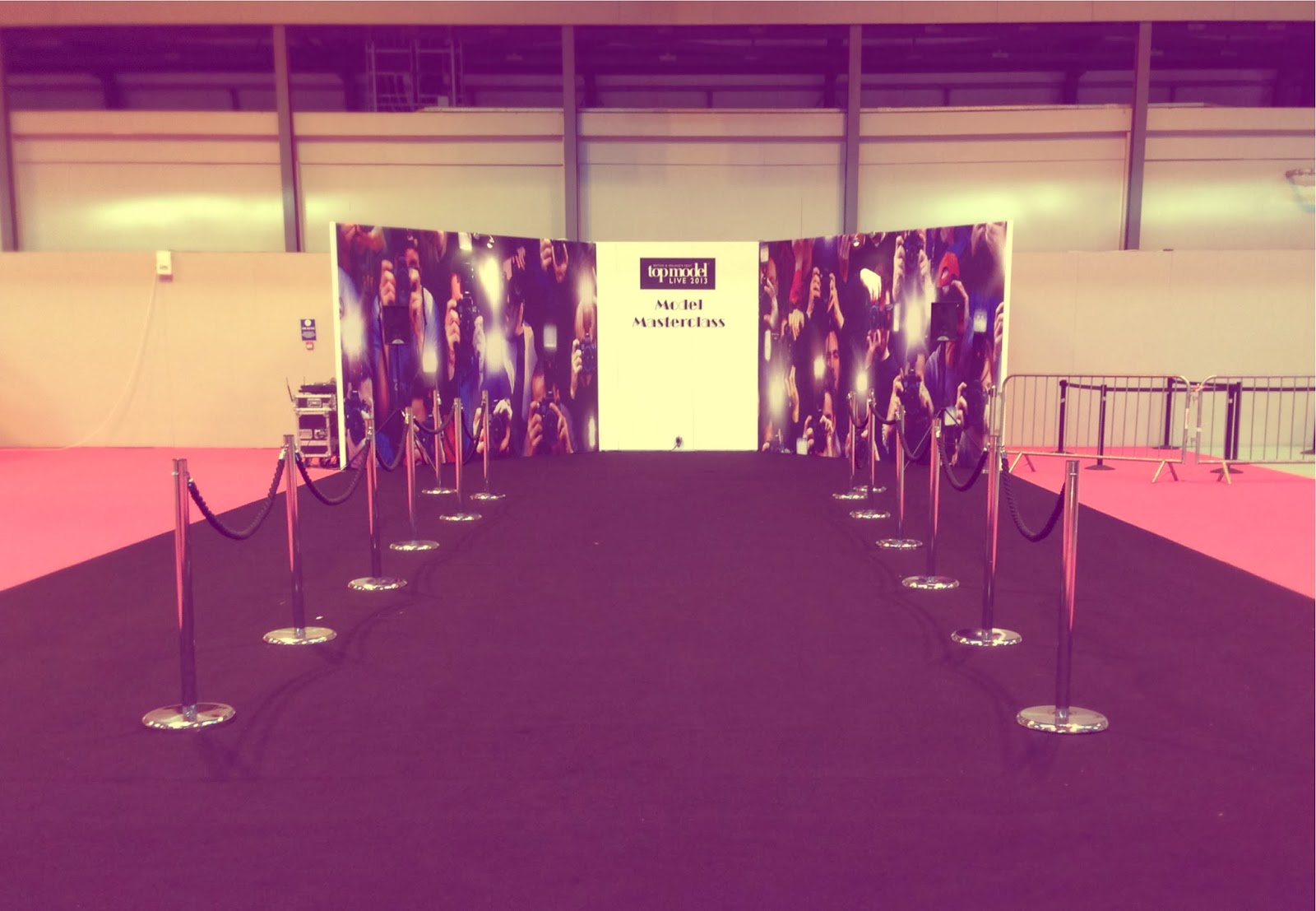 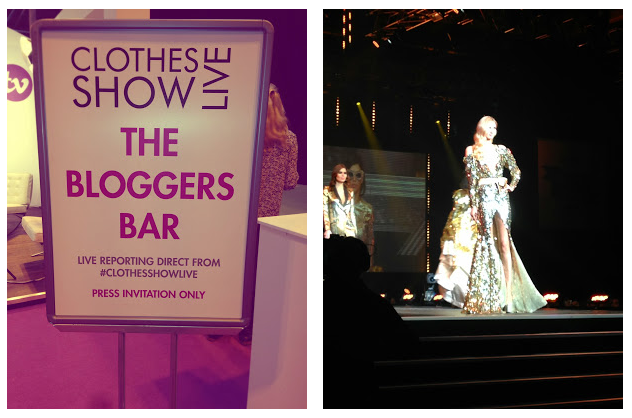 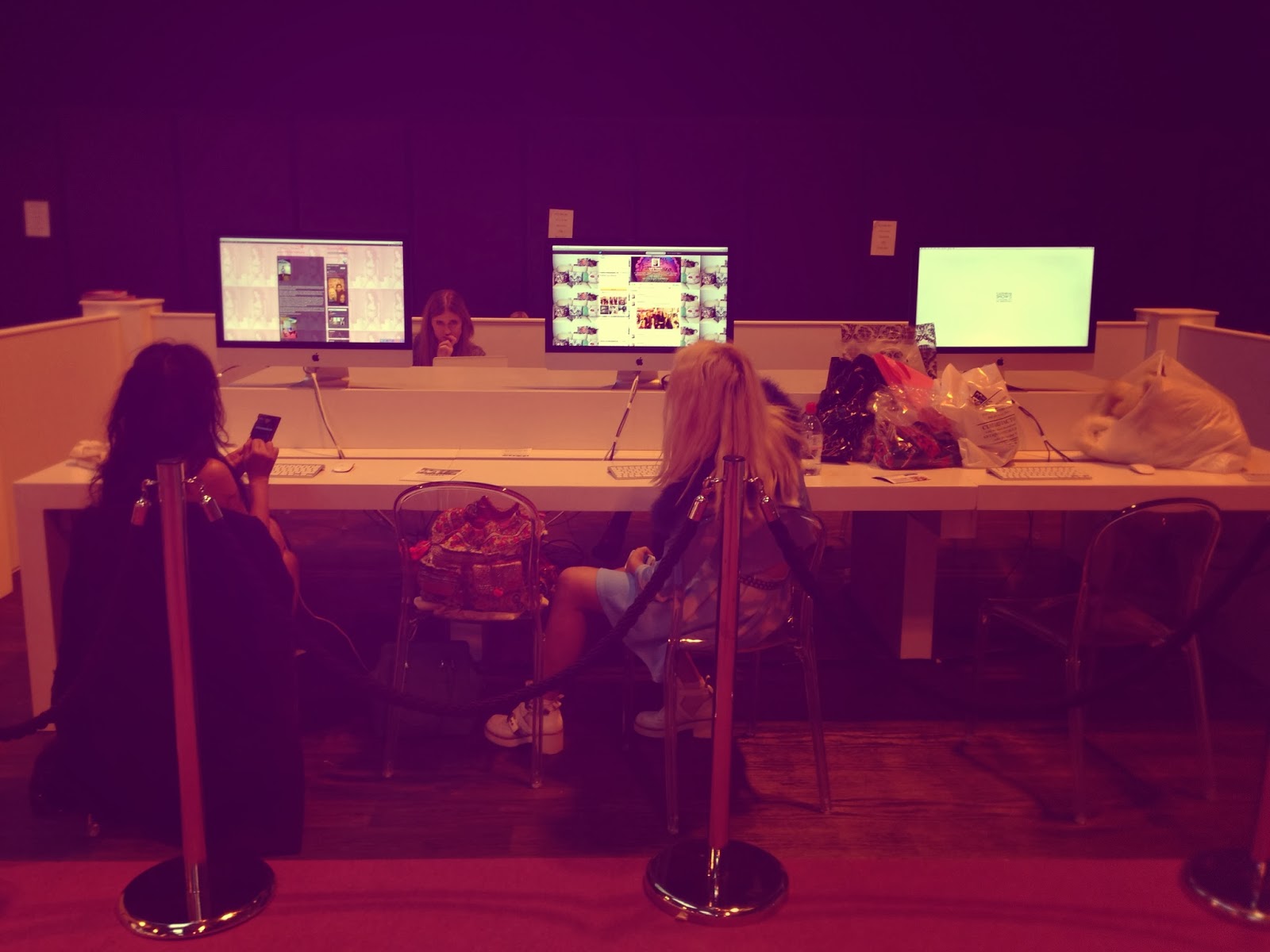 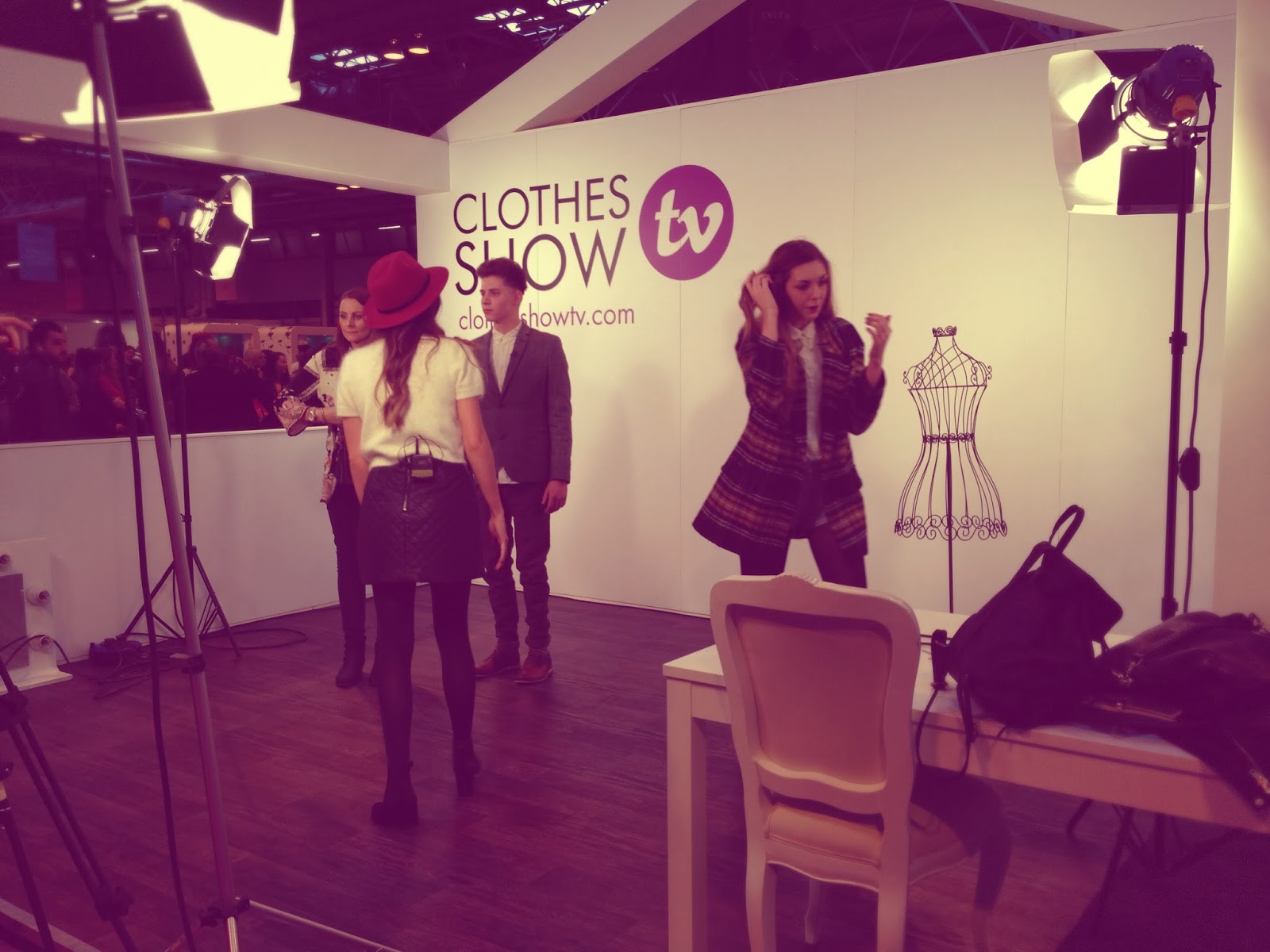 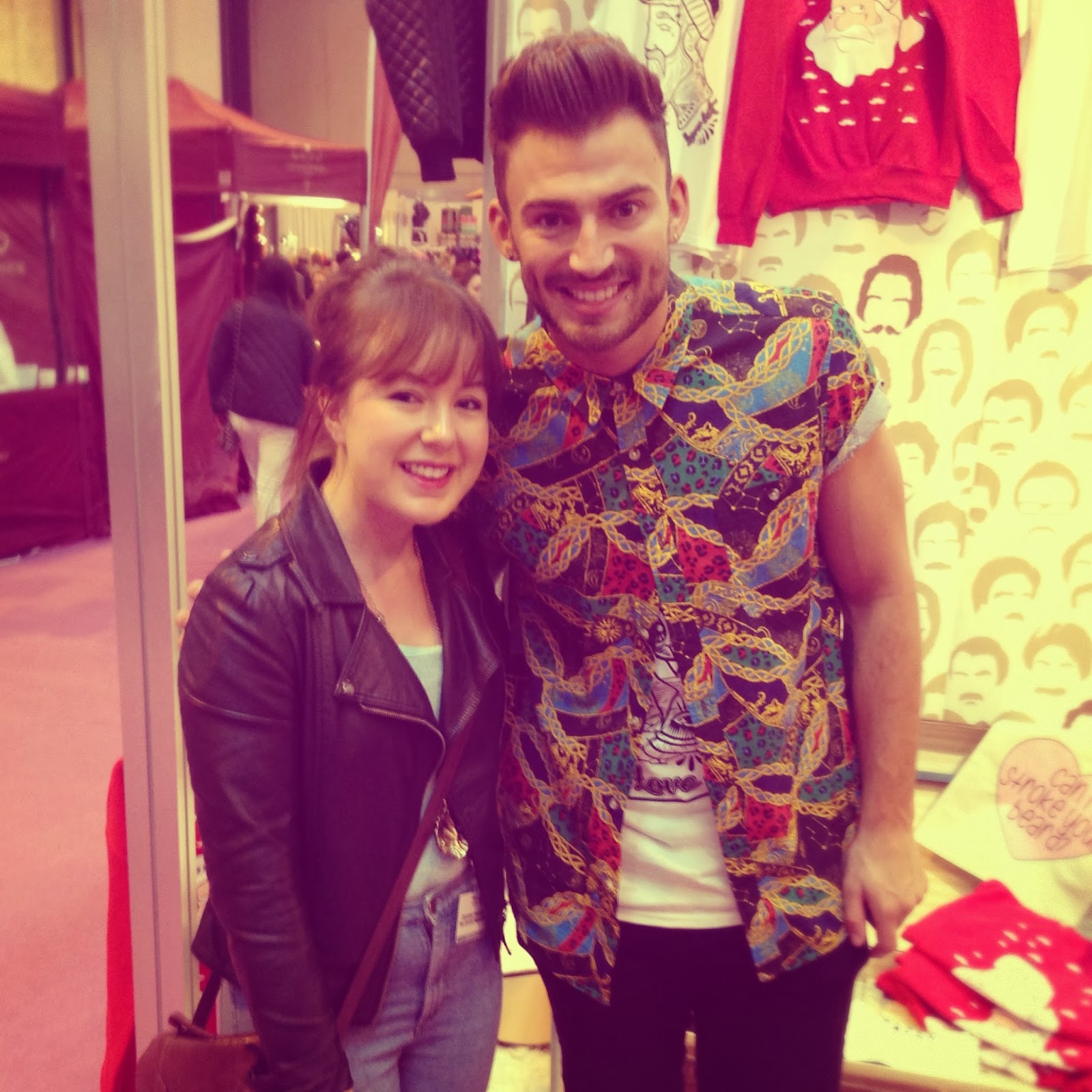 Last Sunday I carried out my yearly tradition of attending the Clothes Show Live – no December is complete without a visit! I absolutely love the Clothes Show and I think this is about my 8th or 9th year of attending (even managing to wangle working backstage one year), so I think I can safely say I am a fan! But this year I was attending for the first time as a blogger which made it a whole new experience. I was lucky enough to secure press passes – with access to a press room located right next to the VIP room leading to a lot of celeb spotting (Jamie and Andy from MIC gave me some serious fan girl moments) and a really lovely press goodie bag full of treats! But best of all it also meant we got great seats in the fashion show, which I was super excited about because that is hands down my favourite part!

This year, the show was a very Made In Chelsea inspired Weekend in the Country theme, with 7 scene changes including the traditional swimwear and lingerie looks plus Festival, Gatsby Gold and Party Time to name a few, but the full list can be found here. As usual the catwalk was graced with not only beautiful models but amazing dancers who really give the show that extra something for me. Every year they have a contemporary style dance with just a male and female dancer as one of their scene changes and this year’s was completely gorgeous set against a haunting version of James Blake’s Retrograde. Which brings me onto the seriously cool soundtrack they use in the show. I always come away wanting to know where they get their funky covers and this year was no exception with a remix of Retrograde, the Arctic Monkeys and Drake’s Going Home making my lust list.

My favourite scene was The Arrival, which really captured the tweed, tartan and feather embellished fashion that I have come to love about rich country house style. (Totally not influenced by Millie Mackintosh of course).


Apart from the show I also managed to pick up some real bargains this year and I think I may finally have broken my Clothes Show curse – a curse which has caused to buy at least one thing every year that I never use! I can’t show you the things I brought because most of them have gone swiftly into the hands of my mum to wrap for christmas presents but it included a fox adorned sweatshirt from Alex Takes a Trip, THAT Feather Manicure Set from Ciate for an absolute steal at £5, some nail treats from Barry M, and a christmas present for my best friend from adoremylook.com.

Lastly I was really impressed by how blogger and social media friendly the clothes show had become this year. They had a bloggers lounge, with Macs at the ready for those who wanted to really be on the pulse and blog straight from the show and they also had a dedicated social media lounge, complete with a live filming station for the YouTube channel Clothes Show TV. On top of that The Clothes Show also hosted it’s very own live version of ITV’s Take Me Out which I attended on the Friday night with my boyfriend. Paddy McGuiness was on top form and they had some really great girls there including two of my personal favourites from the show JoJo and Lois. (Lois was sporting a very smooth tuxedo!)


Some of the pictures of the stalls, the catwalk show and the social media area can be seen above, along with a picture of me meeting Jake Quickenden on the Beards and Tats stand who was a seriously beautiful contestant on last year’s X Factor for those of you who may not remember. (SERIOUSLY, beautiful!)


I had a wicked day and I definitely think this has been the best year for a while so good work Clothes Show Live team. I think this is definitely one of my best traditions, second only to new christmas eve pyjamas – but what can beat that?